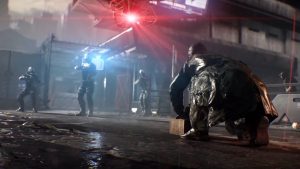 The First-Person Shooter Homefront: The Revolution is now released and the with it also the ‘expansion pass’. The publisher Deep Silver announced that this pack includes three single-player campaign DLCs which are currently planned. As well it will also includes exclusive bonuses for the online co-op Mode.

The first two DLCs will add several hours to the regular campaign time, but the third expansion, which will come out in 2017, will be much larger.

In North America the Bundel is out now and cost 25$. The rest of the world has to wait until the 20th of May to play the main Game and buy the ‘expansion pass’.