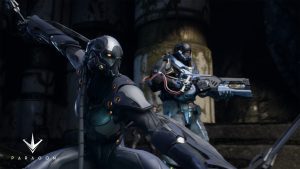 One of the first Screenshot from the game ‘Paragon’

The developer EpicGames announced a free beta Weekend for their MOBA-Shooter Paragon.
The game can be tested from May 26. till May 30 2016 and everybody who is interested in the game has to sign in until May 25. on the official website.
This event is for the PC and PS4 and a new trailer is also release.
Source: EpicGames