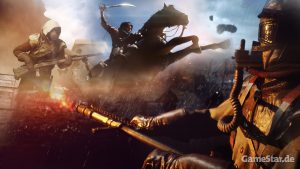 After the marketing deal with the Xbox One, EA was asked during their Investor Day briefing if they fear that the deal could impact the sales on all other Platforms.

EA CEO Andrew Wilson stated that gamers who do not own an Xbox One are not turned of by the fact that EA made a marketing deal with Microsoft and the Xbox brandingof the game Battlefield 1. The Chief marketing officer Chris Bruzzo agreed.

“But what we have seen–and we’ve seen the analytics against it–is if you’re a PlayStation gamer, you do not reject it because it is brought to you by a potential console partner. You understand deeply that it’s also available on your console. And what we get is just a multiplier effect of greater awareness in the marketplace. “