Fracture is a Steam Early Access game that is now free to play after the latest update. In this 5v5 team shooter every player plays a space ship that delivers broadsides in the depths of space. 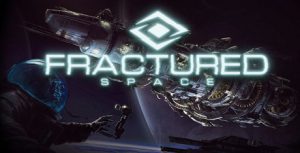 In the update new map areas called ‘Sectors’, ships, missions and new crew members are added. Also the firing range is a new location, where the player can test his ships and his loadouts.

He later also reacts to the community’s displeasure at some of Fractured Space’s recent updates with the following statement.

“The new Crew Collection System has been rolled out in a way that we are not proud of, and you guys have reacted to in a very understandable way. We have always worked closely with you, the community and listened along our journey through Early Access. And we are listening now.

We will now do what we should have done in the first place and ensure you have the crew you already played so hard to get. To ensure we don’t miss anything, the best way is to give everyone who has played Fractured Space before the last update all the available crew that were attainable then.

Also as some of you will have spent Platinum and Credits on Drop Ships, we will reimburse any currency spent up until this announcement.

As with all new features we’re rolled out over the past 18 months, the crew collection system will improve, and soon as well. The team have many plans to make it fun and rewarding, and of course the team are working hard on many of the other great features of the game that we know you want such as Ranked Play, Replays, Spectator Cam and much much more…

Our sincere apologies—do stick with us—and I will see you on battlefield.”