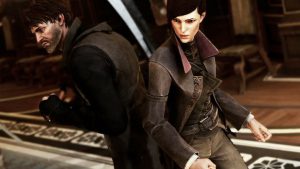 One of the criticisms by the players of the first Dishonored game was that the campaign was too short.
Now, the Creative Director Harvey Smith, a developer at Arkane Studios wrote on Twitter that Dishonored 2 will be significantly longer, than in the first game.

He states that most players should expect a play time between 12 and 20 hours for the campaign.