After the launch of the open-beta of the new game from the Battlefield series, The publisher Dice has officially announced the System Requirements. 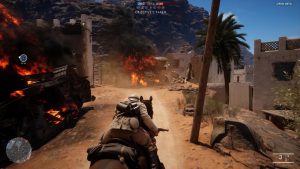 The Swedish developer Dice has officially announced the minimal system requirements for their new game Battlefield 1 on the PC. The recommended requirements will be published shortly, states the developer on the Battlefield forum. The given Hard-drive space of 10Gb will change again for the full game as it is at this point of time only for the open-beta, so keep in mind that you will need more space in the end for the game.

If you are able to play Battlefield 1 on your system, you can test the free open-beta until September 8. The game itself will be released October 21 2016 on PC, Xbox One and Playsation 4.