The Division – Public Test Servers will open for all today

The Division – Public Test Servers will open for all today

All players of the PC version of The Division will get access to the testing servers of the update 1.4. 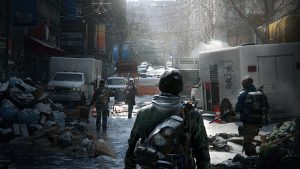 The team behind The Division announced on their website that they will open the test servers for all players on PC. They then can test out the beta version of the update 1.4, before it will release in October. Since today the 26 September, PC players can download the beta client for The Division on Uplay and on Steam, which will be around 45GB of data that will not override any old game files.