After their latest expansion to the South with Italy they will now go to the North-East with their new world expansion Beyond the Baltic Sea. 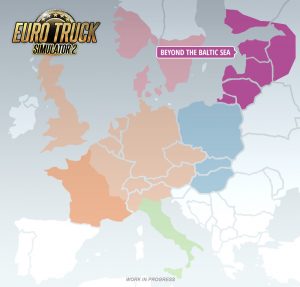 As the name suggest you are then able to drive through the three Baltic states Latvia, Lithuania and Estonia, but also parts of southern Finland and even small parts of Russia up to Saint Petersburg.