Cosmetic and time-saving items can be bought in-game but there won’t be any chance related lootboxes. 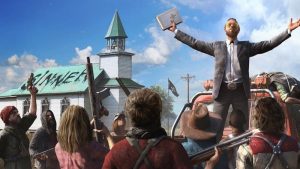 After the big loot box scandals last year, the question of game changing loot boxes arises for every new releasing AAA Game now. Also for Far Cry 5 which will be released later this month.
At a preview event a Ubisoft representative confirmed to the games magazine PCGamer that there will be no loot boxes of any type nor any chance related microtransaction system.

Though Far Cry 5 will still have microtransactions for cosmetic items and items that save play time and reduce grinding time. Still all those items, such as Silver Bars can all be found in the world too without buying them. 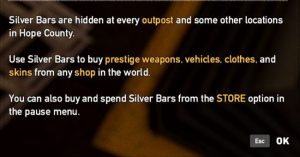