They describe it as a VR steampunk adventure game which is “a monumental voyage through four diverse and curious realms, working in concert with an ever-present, clockwork companion, and the support and instruction of a long-dead, ethereal mentor”. 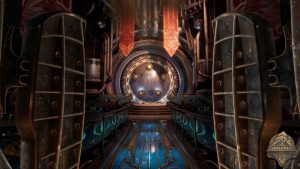