Microsoft announced that SoD2 will cost $30 and also they revealed the release date of the game. 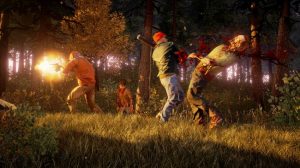 Microsoft confirmed that State of Decay 2 will be released on May 22nd 2018. Furthermore thy also revealed the price for the game. The Standard Edition will cost $29.99 USD, while the Ultimate Edition will be a bit more expensive with a price of $49.99 USD.

With the Ultimate Edition you will be able to play already on May 18th and also get an Xbox One copy of State of Decay: Year One Survival Edition and two two DLCs, the Independence Pack and the Daybreak Pack which both will be available from the release day on.