PES 2015 – multiplayer server will go down this summer

PES 2015 – multiplayer server will go down this summer 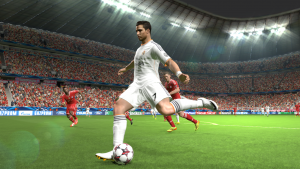 Konami announced on their official website, that they will terminate the online service for their game Pro Evolution Soccer 2015 on August 25 2016. They thank all the players of the game for their loyal support.

Further on, the said that people who still actively play the game have to spend all their in-game money, like the myClub coins and the GP because they will be invalid after the game will be offline.