This major expansion brings new ways to advance into a total Utopia for example via genetic engineering or psionic exploration. 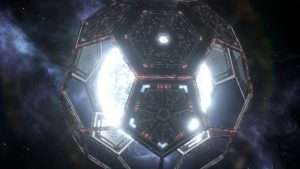 The expansion, which is called Utopia, adds new ways to improve your planets and even your species itself, with a greater focus on allowing you to reach your full potential in a multitude of new ways – both peaceful and aggressive.

The biggest change that comes with the expansion are the Ascension perks with which you can determine your way of exploring the universe.

Stellaris: Utopia costs 20 Euros on Steam and launches with the Banks update to Stellaris, another major upgrade free to all Stellaris owners. The Banks update reworks the place of factions in your population, adds new challenges to maintaining internal stability within your Empire, and makes changes to how ethics work in the game.