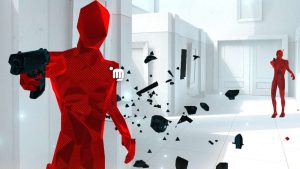 After Superhot was released three month ago and a VR version was allready teased earlier this year via Kickstarter, the developers now announced on their blog that they will for now work exclusively with Oculus to create a VR version of their game later this year. They also announced free DLCs for Superhot and other still secret content.

The developers state that:

“It has been already 3 months after SUPERHOT has been released and we still keep on getting positive feedback from you guys. So yeah we just couldn’t leave it like that. We celebrated SUPERHOT’s success for couple of minutes and went back to work on new content.”