Allegedly it follows Call of Duty back to a World War Two setting this year. 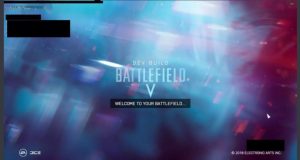 The online Tech-Magazine Venturebeat allegedly has anonymous sources who are familiar with EA’s plans that the next Battlefield game will run under the title of Battlefield V and will be a sequel to Battlefield 1 as it will now play in World War 2. This is the first time since the 2009 launched Battlefield 1943 that a Battlefield game plays in WWII.

It is believed that EA will reveal the game soon and that it will be already launched later this year.